An electric knife is an electric device used to cut foods in the kitchen. So it needs to sharpen electric fillet knife blades. Someone believes that once we buy this knife, we never need to sharpen it further. But it’s a wrong concept. Because of its sharp edge, the electric knife keeps sharp for a longer period of time than a traditional fillet knife.

However, you’ll quickly find that an electric knife gives you less control. You can work with this knife for a long time. But after that, you can notice that it can decrease its efficiency. Seeing this issue, don’t worry about this. The great news is that you can sharpen electric fillet knife blades like other blades.

A proper sharpening can restore maximum performance to your electric knife. Therefore I’ve described a few basic techniques to assist you in restoring this useful instrument.

There are many ways to sharpen electric fillet knife blades. At first, bring the knife to a sharpener shop and pay for it to be sharpened. Another way at home, you can restore the knife’s original brightness. By this process you can sharp cutting bone knife easilly.

An electric sharpener or a sharpening rod are examples of tools. The machinery that can be used to complete the task. These tools will not only help you sharpen your tools more effectively, but they will also save you time.

Now I will discuss the tool or the process that may help you sharpen electric fillet knife blades. 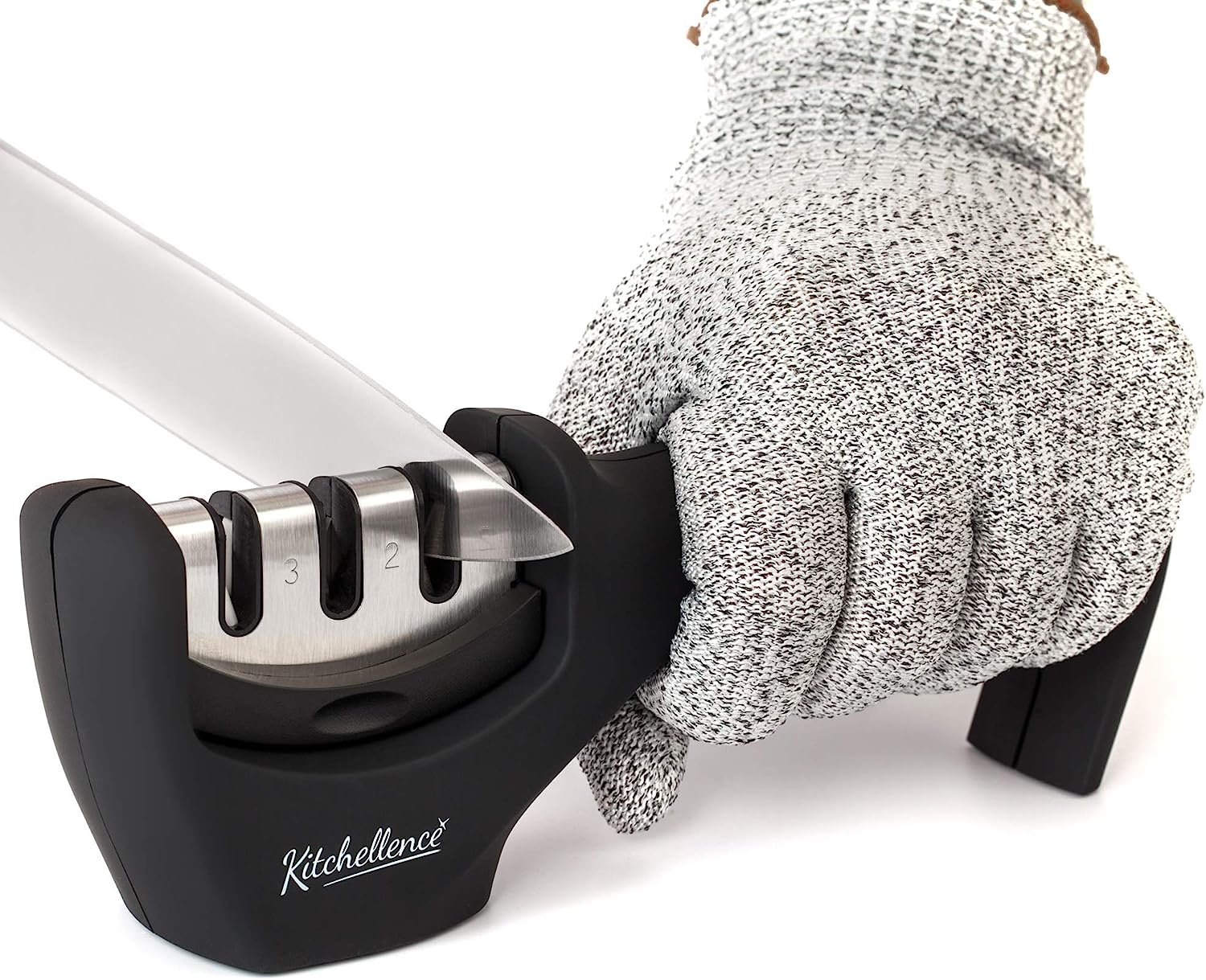 Some steps are given below:

Remove your knife from any power source switch before you begin. Remove the batteries from any electric knives that are powered by batteries. Because any time an accident can occur.

Then you need to remove the blade from the electric fillet knife. You have to make sure that the knife is in good condition and there are no cracks and just minor curvature if any. Sometimes you need to change the blade to get better performance.

Insert your electric blade as deeply as possible into the slot supplied by the sharpener. With facing the hollow side of the sharpener with the sharp side of the blade. Sharpness can be restored using a finer grindstone without removing as much material. Ascertain that the knife blade comes into touch with the grindstone. When you’ve arrived in the grindstone, you should be able to demonstrate steady pressure and feel touch.

Slowly and gently slide the blade tool from the heel to the tip. This should do at a 15–20 degree angle. For the best results, repeat this procedure 2-3 times.

Replace the blade on the finer grinding stones. And perform the technique once more.

Before reattaching the blade to the handle, check sure the knife is clean of stray metal or dust. In the end, if you remove the battery and others, then add all of the things properly.

A video will give to get a clear idea to sharpen electric fillet knife blades. 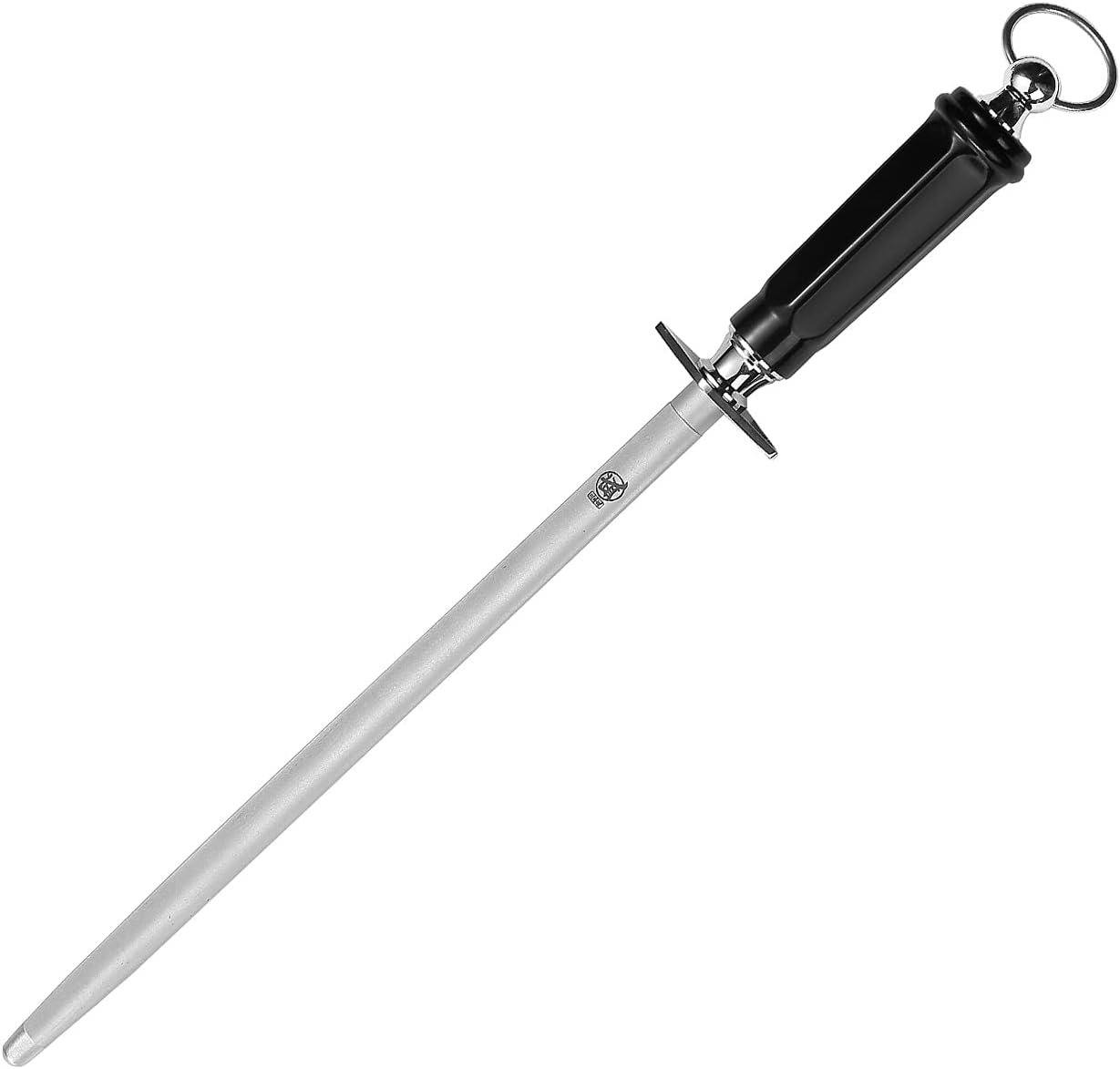 Begin by removing the serrated blade from the machine using the electric knife. Because the blade may cut you, proceed with caution.

Remove the knife blade from the handle if you have a good grasp on it. You can leave the handles if you don’t have a solid grip point on the knife blade. Then Take the sharpening rod with your other hand and hold it there.

Slide the blade along one side of the rod with care. It’s critical to maintain a constant angle and pressure continuously. It would help if you crossed the full length of the blade on the rod. Make sure that no point is overlooked. 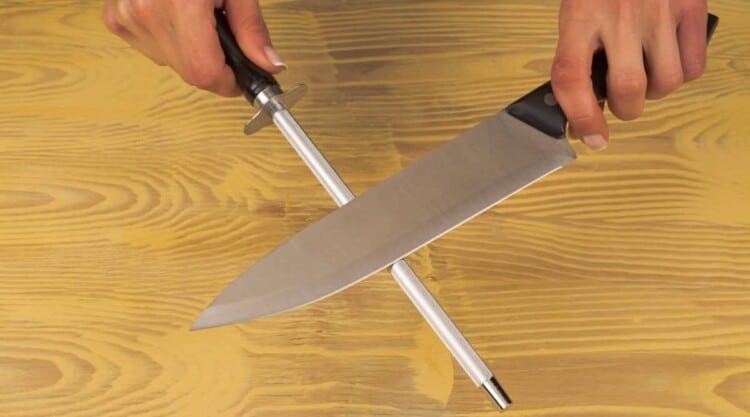 Moving the blade upward and downward on the sharpening rod. Make sure that the serration spot on the rod’s metal remains the same.

Repeat this procedure on each serration until the electric knife’s blade reaches the ultimate end. In the same process, on another side of the blade, you can sharpen. This is the another way to sharpen electric fillet knife blades .

The Advantages of an Electric Knife Over a Traditional Knife

When we cook, we can’t do without a knife. There are two types of knives, one is a traditional knife, and another is an electric knife. In this modern time, technology makes our life easier. These knives became better and more inexpensive because of the use of advanced technology. This type of knife saves out time and energy.

Accidents involving knives are widespread in kitchens all around the world. Electric knives can considerably reduce these incidents. Because most of the electric knife used safety features. so sharpen electric fillet knife blades and we reuse again and again

What is an Electric Fillet Knife?

An electric fillet knife is an electric device that uses mechanical pressure to slice and fillet your fish or meat. This knife has one charger, two batteries, a guidelines book, and a rechargeable battery. There will be no need for physical pressure when we cut foods. Two serrated blades are fixed together and rotate with the help of a small electric motor.

What Is The Purpose Of The Electric Fillet Knife?

From a corporate kitchen to a hospital operating room, where a smaller version reigns supreme, this knife’s use has grown. A special kind of dinner like Thanksgiving dinner where the knife has become a culturally significant utensil. Another slicing meat with this sort of knife is common.

How To Clean An Electric Fillet Knife?

If you want to sharpen and clean the knife straight after an operation, turn it off and let it rest for a few moments. To be extra safe, remove the wire or power pack from the knife. Fill the sink with soapy water and wash one knife at a time. Be cautious when attempting to retrieve it from the floor. The blade should then be gently cleaned and dried.

Which Things Do You Need To Remember Carefully When Using An Electric Knife?

Cutting through meals and objects with a sharp knife is safer and easier. Be careful not to touch anything but the bottom flat area of the blade when sharpening to sharpen electric fillet knife blades. It would help if you remembered to keep the knife out of reach of your kids. Always use the accessories that the manufacturer recommends. When removing each blade for maintenance, sharpening, or cleaning, be cautious.

Electric knives are high-tech kitchen utensils that may use for a variety of tasks. Now all of you get the idea about how to sharpen electric fillet knife blades. So you can choose which one is better to sharpen electric fillet knife blades. If you ask us, we would strongly advise purchasing a high-quality electric knife sharpening. Because a sharp blade can help us slice vegetables, fillet food or fillet salmon fish  more effectively.